Next week, I'll be joining Solomon's Knot for their latest by-heart adrenalin-fuelled adventure: a performance of motets by not one Bach, but two, for Bach Weekend at the Barbican on Saturday 16 June.
Johann Sebastian Bach (1685-1750) needs no introduction. The other Bach is JS's first cousin once removed,  Johann Christoph Bach (1642-1703). JC was born in Arnstadt, where 61 years later in 1703, an 18 year old Johann Sebastian would take up his first proper job at the New Church (now known as the Bach Church). A mere 314 years later, Solomon's Knot visited Arnstadt to give our first performance of the Johannes-Passion from memory, last year in April 2017.
After many performances of the Mass in B Minor, it's wonderful to be singing in German again with Solomon's Knot. Learning the music for this concert has not been without its challenges. While it must surely be one of the most musically complex programmes the group has ever taken on, it also promises to be one of the most rewarding.
This year I now have another small and increasingly mobile person to look after which makes things that bit more challenging. So, JS followed us to West Wittering beach last week. He's always a welcome companion. 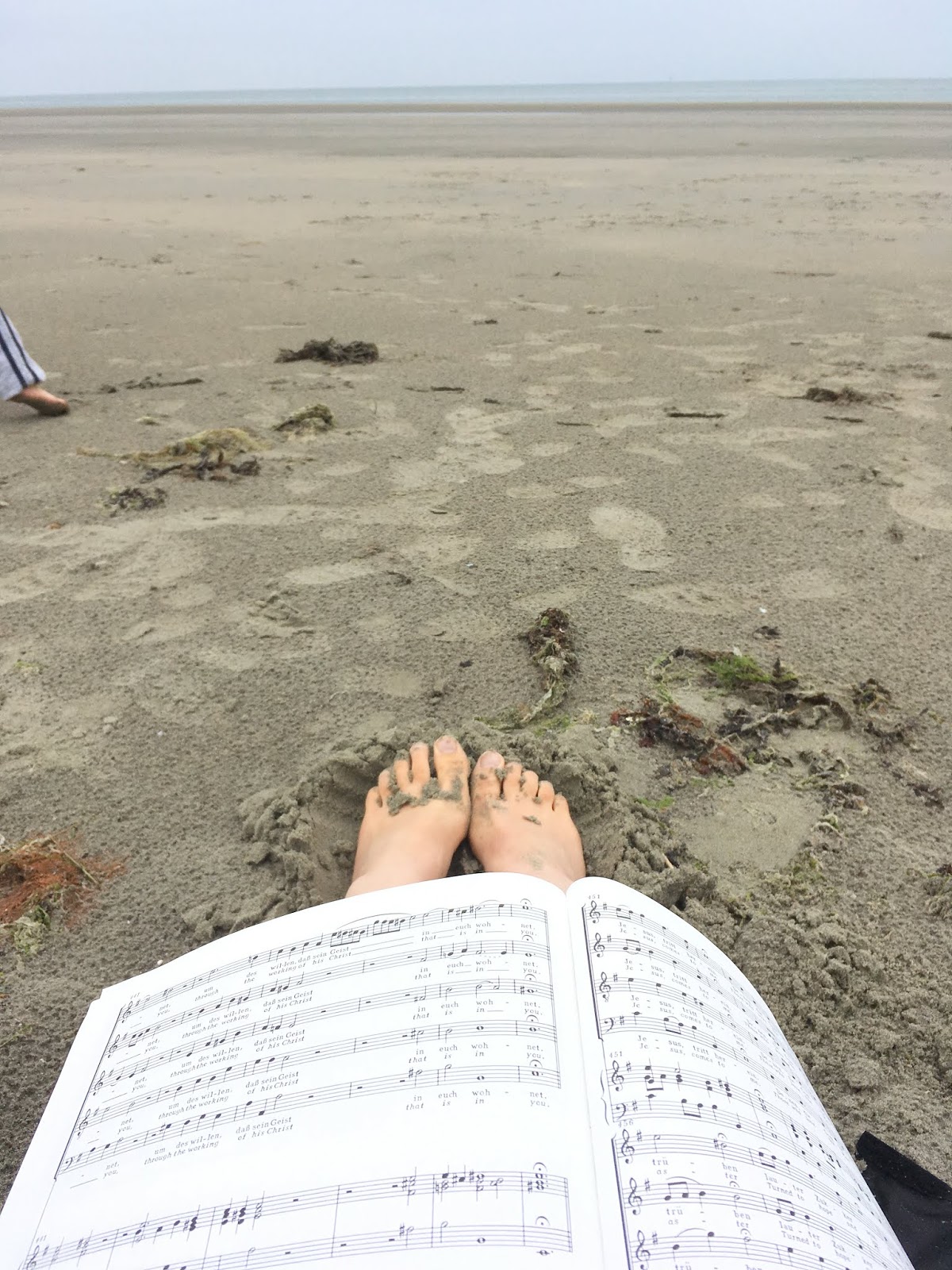